The Risk of Guillain-Barré Syndrome From Vaccine Injections

Guillain-Barré Syndrome (GBS) is a rare disorder that has been linked to some kinds of vaccine injections. As the immune system begins to attack his or her own nerve cells, a patient with GBS can suffer a number of complications that last anywhere from a few weeks to several years—and some people may suffer fatal effects due to difficulty breathing.

Causes and Symptoms of Guillain-Barré Syndrome

Roughly 3,000 to 6,000 people are diagnosed with GBS each year in the United States. The causes of GBS can vary widely, from vaccine reaction to bacterial infection and respiratory illnesses. While anyone can develop GBS, older adults are at greatest risk for developing GBS. If a person suffers 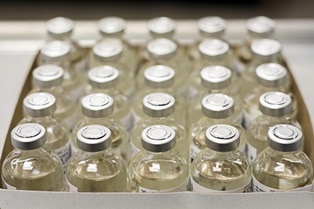 chronic bouts of GBS, he or she is said to be suffering from Chronic Inflammatory Demyelinating Polyneuropathy (CIDP). Patients with widespread nerve damage may need to be placed on ventilators so that they are able to breathe.

Some of the most common symptoms of Guillain-Barré Syndrome include:

There is currently no cure for Guillain-Barré Syndrome, but there are many treatments available to help patients recover from the condition. The most common therapies are high-dose immunoglobulin (IVIG), intravenous gamma-globulin (IVGG), and plasma exchange, all of which involve injecting the patient with therapies to boost his or her immune system. These infusions keep the patient’s body working and prevent further damage to the nervous system.

Vaccinations That Have Been Associated With Guillain-Barre Syndrome

In most cases, the symptoms of Guillain-Barré Syndrome will start anywhere between a few hours to several weeks after vaccine administration. In order to get compensation for a vaccine injury, your claim will depend on proving the link between your injury and the immunization you received. Many different kinds of vaccinations have been linked to the development of GBS, including:

Any person who suffers ill effects after immunization could be eligible for compensation without the need to file a lawsuit. The National Vaccine Injury Compensation Program (NVICP) offers injury payments to patients who suffered severe side effects from vaccinations, including Guillain-Barré Syndrome. If your claim to NVICP is denied, you may still be able to get compensation by filing a vaccine injury lawsuit. If you or someone you love is suffering after a vaccine administration, we can help you get justice. Call us today to schedule a free, no-obligation consultation with one of our attorneys, or take a moment to fill out our online contact form. 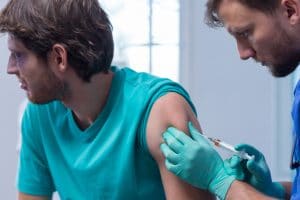 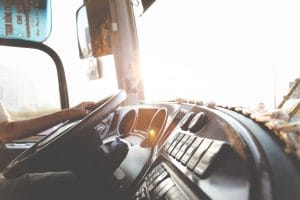 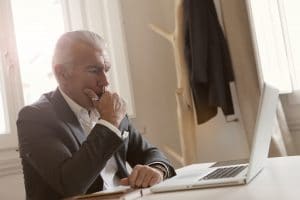